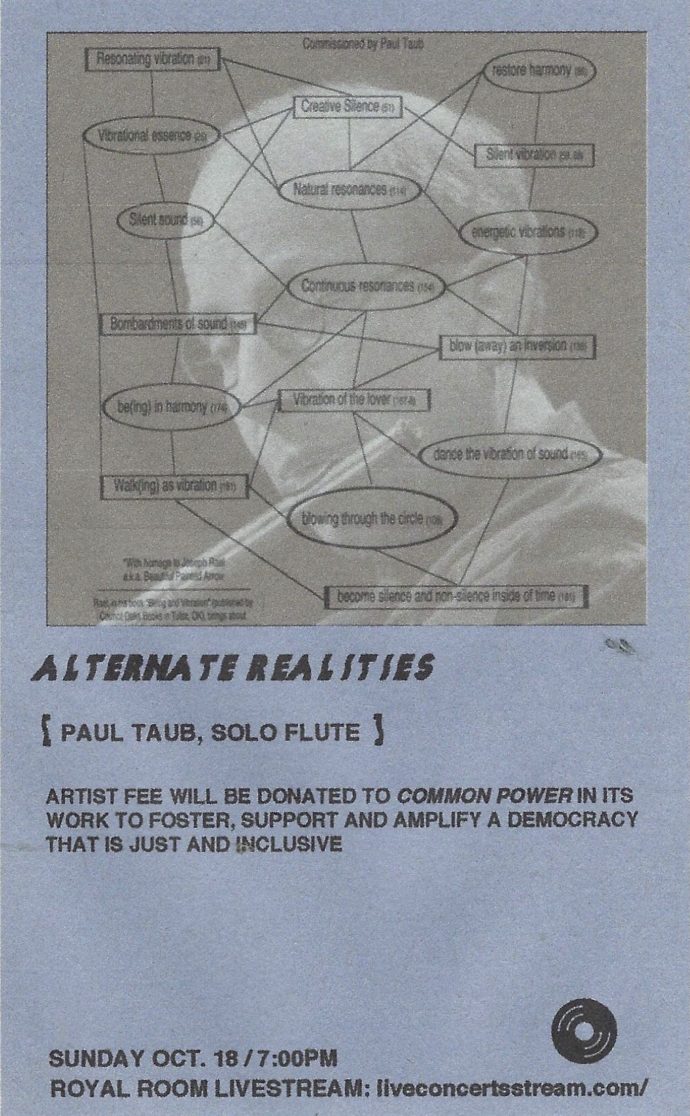 Calendar
When:
October 18, 2020 @ 7:00 pm
2020-10-18T19:00:00-07:00
2020-10-18T19:15:00-07:00
Recognized as one of today’s leading interpreters of contemporary music, flutist Paul Taub is known as a long-time Professor of Music at Cornish College of the Arts in Seattle (retired, 2018), and as a presenter of innovative concerts with repertoire ranging from Bach to Takemitsu to Pēteris Vasks. He has performed widely across North America, Europe and in Central America and Asia, having appeared in venues such as Symphony Space/New York, Benaroya Hall/Seattle as well as twice at the Warsaw Autumn Festival, San Francisco’s Other Minds Festival, the Beijing Summer Festival and for the New York Flute Club. For more than twenty years he was the flutist and Executive Director of the Seattle Chamber Players, commissioning over 100 new works and performing in Moscow, St Petersburg, Beijing, Milan, Kiev, Copenhagen and other major European cities as well as presenting over 100 concerts in Seattle.
Facebook Event
Join us for our recurring series titled ‘Staycation Festival’, a series of streaming events at the Royal Room, co-hosted by Live Concerts Stream.
You can stream the show at LiveConcertsStream.com, and on the Royal Room Facebook page!
Royal Room page:
facebook.com/royalroomseattle/

Live Concerts Stream: liveconcertsstream.com/
Both sites will have a link to donate to the artist