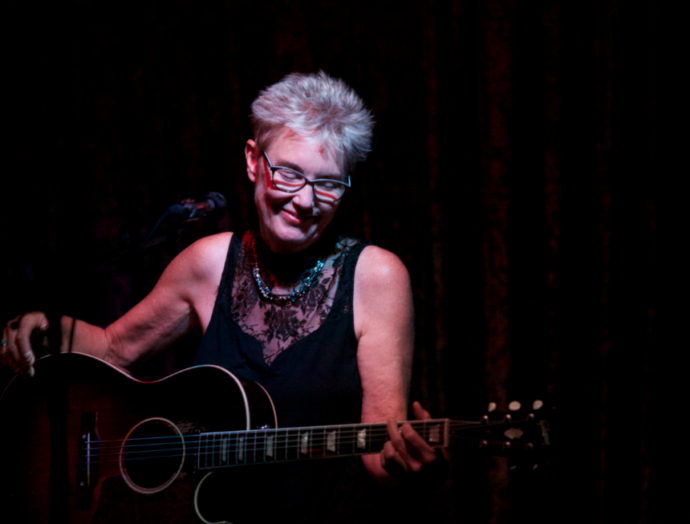 Eliza Gilkyson is a politically minded, poetically gifted singer-songwriter who has become one of the most respected musicians in folk and Americana music circles. The daughter of legendary songwriter Terry Gilkyson, Eliza entered the music world as a teenager, recording demos for her father. Since then she has released 20 recordings of her own, and her songs have been covered by such notables as Joan Baez, Bob Geldof, Tom Rush and Rosanne Cash.

The Grammy-nominated songwriter has appeared on NPR, Austin City Limits, Mountain Stage, eTown, XM Radio, Air America Radio and has toured worldwide as a solo artist and in support of Richard Thompson, Patty Griffin, Mary Chapin Carpenter, Dan Fogelberg, as well as with the Woody Guthrie review, Ribbon of Highway-Endless Skyway, alongside the Guthrie Family, Jimmy Lafave, Slaid Cleaves, and special guests Pete Seeger, Jackson Browne and Kris Kristofferson. She has been inducted into the Austin Music Hall of Fame alongside such legends as Willie Nelson, Townes Van Zandt and Nanci Griffith and is an ongoing winner of the Austin Chronicle’s various music awards, as well as Folk Alliance awards for Best Artist, Best Songwriter and Record of the Year.