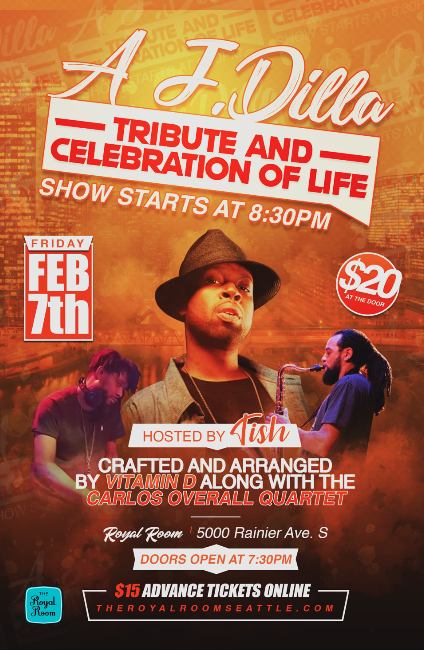 Seattle native Carlos Overall (tenor sax) was born into a strong musical family. He performed with Washington Middle School (Robert Knatt) and Garfield High School (Clarence Acox) at jazz festivals including Montreux, North Sea, Reno, Lionel Hampton and Fullerton. He later graduated from Morehouse College, performing with their big band and combos. The music of John Coltrane, Bob Marley and Jimi Hendrix have always been strong influences for Overall as a listening child and throughout his professional playing career. In addition to playing saxophone, he has crafted beats and produced some hip-hop and rap for various artists in Seattle, Atlanta and NYC. Carlos continues to share his love of music from jam sessions to studio sessions, performing with his own band or with other incredible artists around the PNW.

Vitamin D is an established and internationally known American Producer, Rapper, DJ and Audio Engineer in Seattle. He has played a major hand in the development of Northwest and West Coast Hiphop.  Coming from a musical family, he is widely acknowledged as one of the most important contributors to the Seattle Hiphop scene and has been considered the founder of the “Seattle sound”.  Vitamin D is responsible for the production and engineering on many of the Pacific Northwest’s releases. Vitamin D has caught the ears of everyone from Hip Hop’s underground to the Quincy Jones of Hip Hop himself, Dr. Dre. Vitamin has produced for Kendrick Lamar, 50 Cent, Macklemore, Porter Ray, Gifted Gab, and many others.

The Carlos Overall Quartet, including Vitamin D on the rhythms, pay tribute to one of the music industry’s most influential Hiphop artists, Record Producer and Rapper J Dilla on his birthday, February 7th. Come out to the Birthday Party Tribute and celebration! The Carlos Overall Quartet will be performing J Dilla songs, crafted and arranged by Seattle’s own Vitamin D.  This special tribute was curated by your Hostess, Tish. 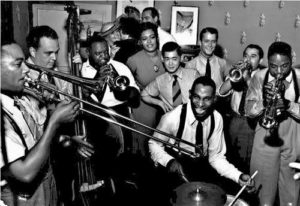 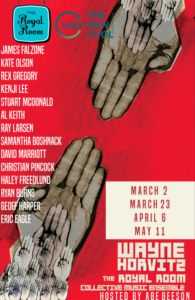 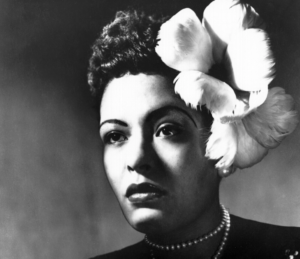 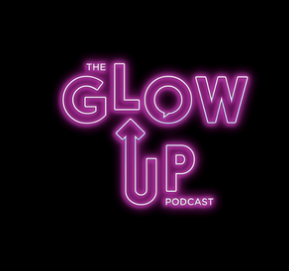 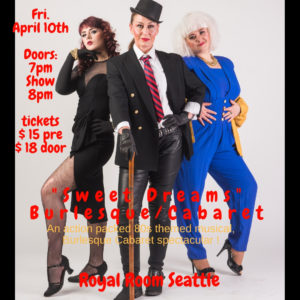 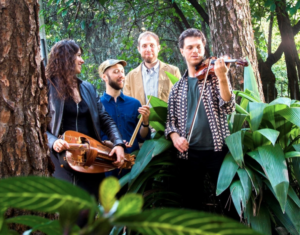 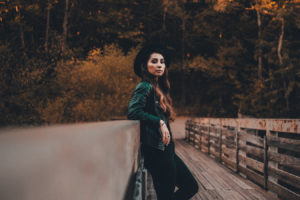 Doors at 6:00pm To guarantee a good seat, please make your dinner reservation through our reservations page on our website. […]
View Calendar