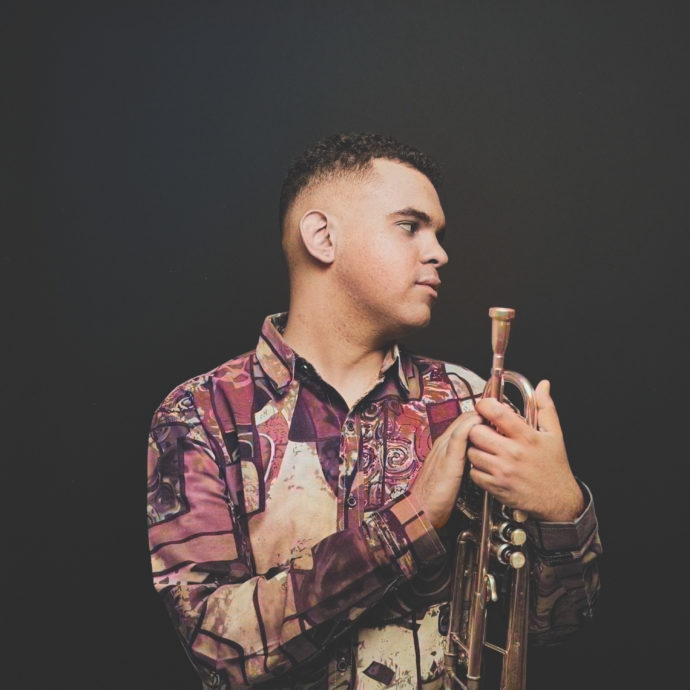 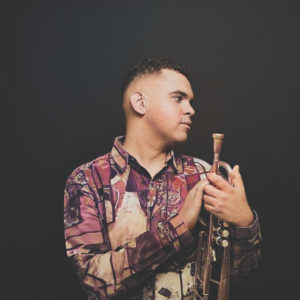 Since moving to New York City in 2014, Latin-Grammy nominated Cuban trumpeter-composer-arranger Kali Rodriguez-Peña has been blending traditional sounds from his native country with the influences of some of his heroes like Miles Davis and Freddie Hubbard, and the compositional style of Wayne Shorter’s music, along with elements of R&B and Hip Hop. Solidly established on the scene, he is poised to become one of the leading voices of a young generation of young talented Cuban musicians who are taking their best shot in the Big Apple.

Kali, one of the new Rising Stars of Latin Jazz says: “I want to break with the concept of what ‘Cuban music’ is or means. Cuban music is more than what people think. I know my root and I love them, but I also live in the 21st Century and I believe in upgrades. I want to modernize Cuban music and merge everything I know and I’ve learned so far. I think it is possible, and I don’t have to lose my roots to do this”.

Born and raised in Havana, Cuba, Kali Rodriguez-Peña was only 14 years old when he caught the attention of multi-instrumentalist and world acclaimed musician Bobby Carcasses, a mentor and inspiration as Kali discovered jazz music. Then, he began to appear in the most important jazz-related national events such as Jazz Plaza Festivals and The JoJazz Contest where he won top prizes for “Best Improvisation,” and for “Best Small Combo” categories, which encouraged him to record and produce his first CD “Gente de Colores” (Colorful People), in 2011.

While attending the renowned MSM where he was awarded full scholarship and studied under the tutelage of Jon Faddis and Stefon Harris, he also began playing in some of the top venues and festivals of the USA and Canada with his band while also sharing the stage with world-renowned musicians such as Wynton Marsalis, Arturo O’Farrill, Paquito D’Rivera, Michel Camilo, Chucho Valdés, Anat Cohen, Rudresh Mahanthappa, Miguel Zenón, Jeff “Tain” Watts, David Murray, Cándido Camero, among others.

He has also been a guest lecturer at the University of California, Riverside on Cuban music and Jazz. In March of 2016, he was selected as a finalist for the National Trumpet Competition. He also participated as a guest performer in the CD “Familia” by Grammy-winning artist Arturo O’Farrill and Chucho Valdés, as well as Michel Camilo’s latest release “Essence,” and Pedrito Martínez’ “Acertijos”