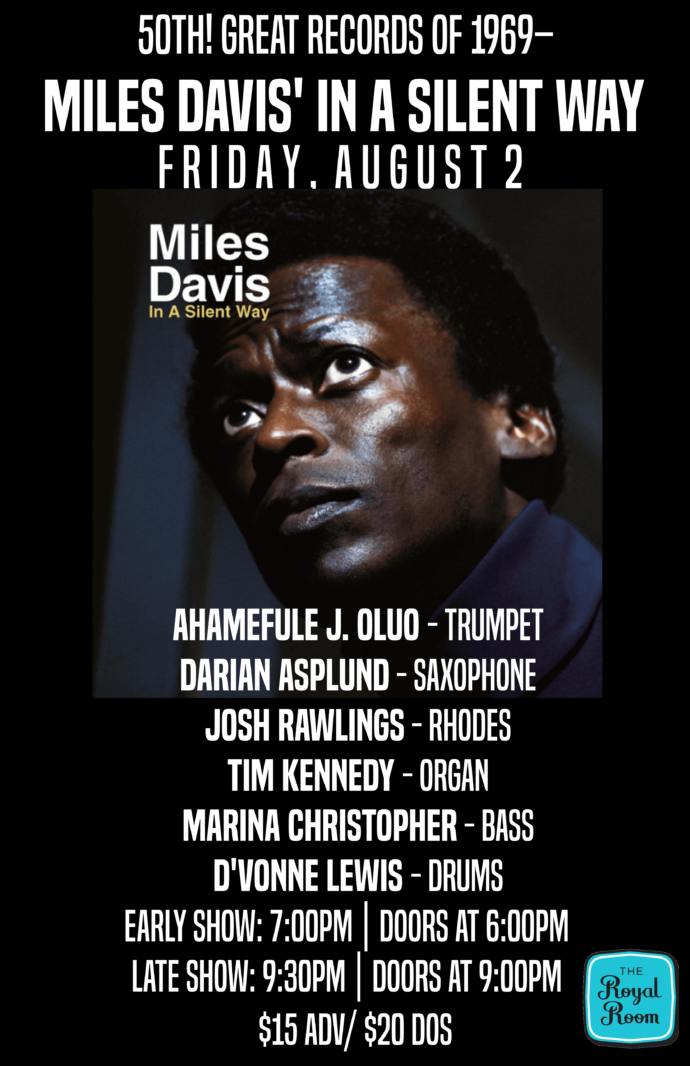 In a Silent Way is one of Miles Davis’ most influential records of his storied career. Produced by Teo Macero, the album was recorded in one session date on February 18, 1969, at CBS 30th Street Studio in New York City. Incorporating elements of classical sonata form, Macero edited and arranged Davis’s recordings from the session to produce the album. Marking the beginning of his “Electric period” In a Silent Way has been regarded by music writers as Davis’s first fusion recording, following a stylistic shift toward the genre in his previous records and live performances.

50th! Great Records of 1969: The Royal Room’s annual celebration of classic records released half a century ago.