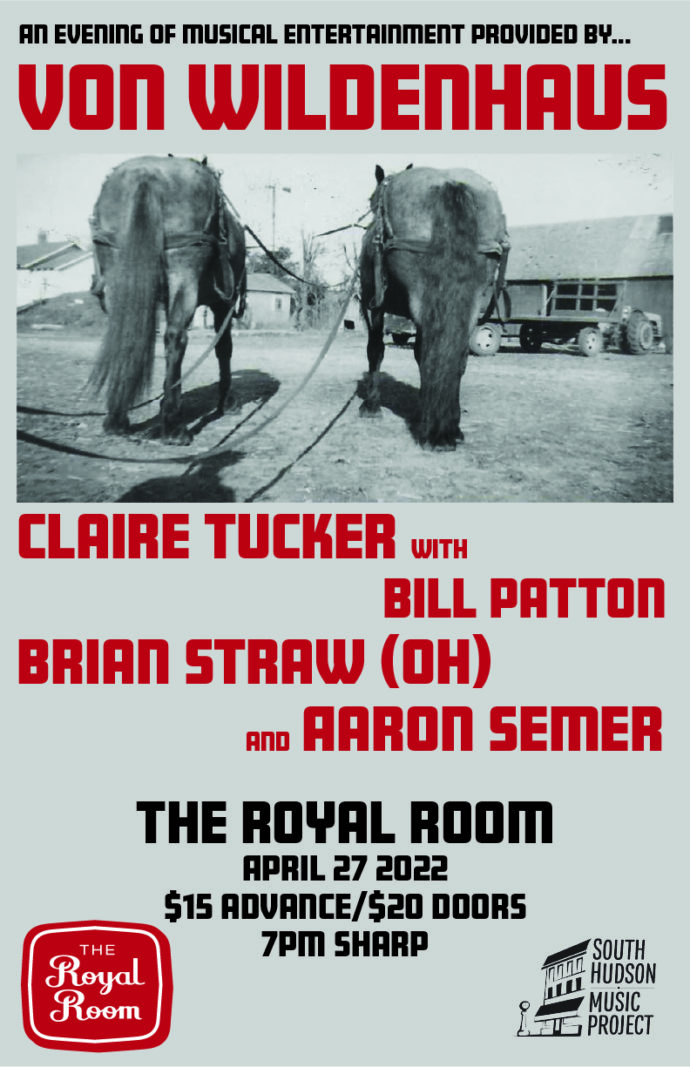 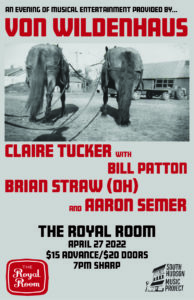 We all spent our 20s in Bellingham, WA playing and hanging in the punk and dive bar scene. We’re old friends and still feel most comfortable with each other over others. We play big places like Triple Door and the Crocodile but we stick to the dark corners.

Spin called our music “meditative anti-shredding” and New York Daily called it “guitar noir.” Andru calls is “easy listening for demons.” Billie thinks we play familiar sounding tunes that tend toward chaos – chaos being a comfortable place for us. Ben says it sounds either like Omar Khorshid covering The Carpenters or like Linda Ronstadt strangling Michael McDonald. Jon and Caleb and Aaron are probably huddled around Jon’s sax case quietly playing a hand of 3 Card.

The music from Seattle-based artist, Claire Tucker, is like the flame atop an ever-burning candle. Her light can warm your hands or face with song. But when touched against another torch or lamp, the fire can spread prosperously. It can cook. It can burn. And it can shine directly down onto anything in need of a little illumination. Such are the melodies and rhythms that Tucker brings into the world one glowing musical note after another.

If you look closely at the flame shimmying on the wick, you’ll see its layers. While Tucker is poised to release her debut solo record, Same Old Hunters, this year, she has participated for years in established, recognized projects in the Emerald City, like Loose Wing (praised by Rolling Stone Magazine) and Black Nite Crash (praised by KEXP). Her dancing, dreamy, ethereal guitar playing highlights the nuances and breadth of each of these fanciful projects.

Tucker’s debut four-song EP features the poignant, wonderous single, “Tickets and Tapes” which sets the stage for her select and superb sonic storytelling. The record also features her husband (and Loose Wing band mate), Jack Peters, and multi-instrumentalist, Jon Pontrello, of the acclaimed band, Moondoggies. With her lush musical sensibilities, skilled finger-picking and her crystal-clear voice, Tucker is an essential light in the Northwest. One that won’t quickly fade. — Jake Uitti

FOR SOME YEARS, there has been no shortage of curiosity among the Cleveland music in- crowd around “when will Brian Straw finish his record?” This asked in amused but respectful tones, a la Tom Waits’s query, what’s he building in there, anyway? Baby Stars/Dead Languages is, then, a “long- awaited” album, one Straw has spent a good portion of his life making, and his first proper release in 15 years.

Mostly working solo on the stage, Straw is a spellbinding performer, commanding the room with simple, resonant strumming along with an accomplished finger-picking technique, his take on American primitive. Those of us lucky enough to see him play over the years know several of these songs well. Noting a growing assuredness in his playing and singing, we were well prepared, and the new record is every bit as grand, detailed, and generous as we expected.

Aaron Semer is a different kind of folk artist. There is no traditionalist role-play, roots pandering, or faux-warbling. Just emotionally bold, sometimes sardonic, often provocative, and always wise and passionate songwriting. This formula landed his sophomore LP Cape Disappointment on the Best of 2019 lists at The Seattle Times, Artist Home, Northwest Music Scene, American Standard Time, and NadaMucho. Semer’s been called a “troubadour for our troubled times and questioning minds” (New York’s Big Takeover Magazine), a “gifted storyteller” (Seattle Times), and “the real deal” (The Stranger). PopMatters highly praised his 2019 album Cape Disappointment (9 out of 10) by writing “he deserves a seat at the table alongside Jeff Tweedy, Steve Earle, Warren Zevon, and John Prine. He’s that good.” And Rolling Stone France rated Cape Disappointment 4 stars, comparing Semer’s songwriting to Bob Dylan and Tom Petty. Semer has been performing in the Pacific Northwest (and the Midwest) for over 20 years in a variety of projects. Over time, his voice and worldview have weathered – fractured in some places, hardened in others – but the timeless, genre-defying quality of his songwriting is ever present.