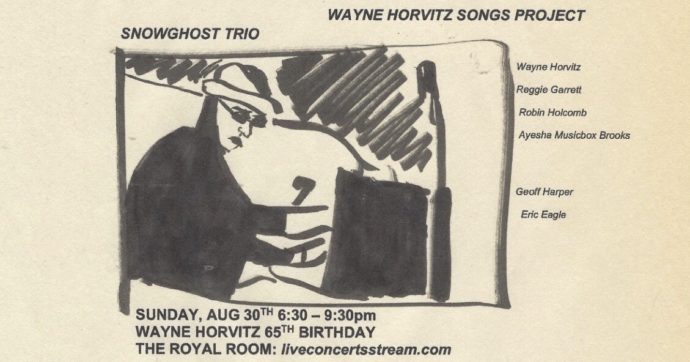 August 30th will feature the Wayne Horvitz Songs Project, as well as the Snowghost Trio.

Snowghost Trio:
The Snowghost Trio, made up of long-time collaborators Wayne Horvitz, Eric Eagle and Geoff Harper, first formed in Spring of 2015, during a residency at Snowghost Studios. The music created during that week was originally recorded as a series of impromptu sessions, with a focus on process. Horvitz comments that the relaxed energy of this groups first meeting was very unique; and made for music making which was always free of expectations or certain ends. The trio continues to play throughout the Pacific Northwest and within the Seattle area.

“If Sartre made a noir flick, he’d have wanted Wayne Horvitz to score it. A Seattle-based pianist with downtown-New York credentials dating back to the 1980s, he writes with the blues in mind and a theatrical impulse only partway disguised.” – The New York Times