On Wednesday December 4th, 2013, The Royal Room presents a historic and beautiful evening of music! First, Los Angeles-based drummer and composer Dylan Ryan plays with his trio Sand, featuring guitarist Tim Young. Next, Wayne Horvitz’s Sweeter Than The Day, an acoustic reincarnation of Zony Mash, play their debut album, American Bandstand. Finally, a rare performance with The Robin Holcomb band, playing her 1990 self-titled album of songs from beginning to end. Both Sweeter Than The Day and The Robin Holcomb Band include Tim Young (guitar), Keith Lowe (Bass) and Andy Roth (drums).

“Ms. Holcomb has done something remarkable here: she has created a new American regionalism, spun from many threads – country rock, minimalism, Civil War songs, Baptist hymns, Appalachian folk tunes, even the polytonal music of Charles Ives. The music that results is as elegantly simple as a Shaker quilt, and no less beautiful.” – Mark Dery, The New York Times

Wayne Horvitz enlightens us on the history of these projects and what we can expect for the upcoming performance. Join us for this special night of music!

RR: With such a diverse bill, what do you think ties the three bands together? What are the cross overs in the music?

WH: First place, I don’t think it’s that diverse. To begin with, all three bands have the same guitar player and the same bass player, two of the bands have the same drummer, and I play in two of them. So really The Robin Holcomb Band is essentially Sweeter Than The Day plus Robin Holcomb, as it was on her last record for Nonesuch, The Big Time. Besides that there’s a lot of commonality; obviously Robin’s music is song-based in this case, but in a lot of ways American Bandstand is not such much Jazz tunes but really instrumental songs which is, why they were the perfect band to play that music.

RR: What led you to take the members of Zony Mash and go acoustic, leading to Sweeter Than The Day?

WH: Well the first thing was pragmatic: Zony Mash started with another bassist, and when Keith Lowe joined that band I was aware that he was an excellent string bass player. At the same time I was writing music for quintet, sextet, including people like Hans Teuber and Briggan Krauss, using Andy Roth on drums and various bass players.

At the time Reggie Watts was running a Thursday night series at The Baltic Room, which mostly had DJs and stuff, but for some reason had a nice acoustic grand piano. We booked a weekly gig there for a while, so I just thought I would have my guys play but different repertoire; we’d do acoustic stuff. Then suddenly all these tunes I had written, like Prepaid Funeral and Ben’s Music and the tune Sweeter Than The Day, I was enjoying more with piano and guitar (especially with Tim Young) than I was with the horns. Suddenly I realized the band I was looking for had been under my nose all along. In jazz particularly there’s this absurd construct that piano and guitar get in each other’s way, but I just say to them, listen to Richard Manuel and Robbie Robertson,  Muddy Waters and Otis Spann, Chuck Berry and Jimmy Johnson, Jim Hall and Bill Evans.

RR: Tell us about the lawsuit from Dick Clark that was generated from Sweeter Than The Day’s American Bandstand.

WH: Well, I don’t want to get too into this, but in brief Dick Clark was starting a label called American Bandstand. This was 30 years after the TV show at least. He got some young law firm and they did a search looking for names and found us and took us to court. My lawyer said we could probably win but thought it wasn’t worth the effort, so later reissues of that record were released under the name “Forever”.

The irony in the end was that Dick Clark’s personal lawyer called me up on a conference call with Dick Clark on the other end telling me he wished he had handled this himself the whole time because the whole thing was ridiculous…and Dick Clark is sort of swearing on his line and this guy is basically telling Dick to shut up even though he’s his own lawyer. The whole thing was pretty ridiculous.

RR: Tell us about Robin Holcomb’s music, it seems like you won’t ever hear something like her music anywhere else! What is her musical background like?

WH: Robin’s music is unquestionably one-of-a kind. When I met Robin we were both very interested in Cecil Taylor, Alber Ayler, The Art Ensemble of Chicago and that was the music we were involved in even when moved to New York in 1979. For example she was in a wonderful trio with our friend Dave Sewelson and the drummer Dennis Charles who had played on all the early Cecil Taylor records. We were doing gigs with Butch Morris, William Parker, John Zorn and beginning to meet people like Bill Frisell, who Robin has continued to collaborate with.

We did a lot of driving in those days. At one point we drove across the country five times in one year and a lot of times while she was driving she would sing songs, often old timey Appalachian type songs she had learned. Robin had actually spent close to two years living in North Carolina with her boyfriend at the time who was a poet, and she sharecropped tobacco for most of one year and that experience left a strong impression on her. A few years later I heard her in the next room singing some songs and after a couple days I got the nerve to ask her what the hell was going on. She had four songs I thought were incredible, and on the back end of a recording session for an instrumental record I brought in Danny Frankel, bassist Dave Hofstra and my friend Doug Weiselman and we demoed, as I recall, the songs American Rhyme, Deliver Me, Waltz, and Nine Lives, all of which that ended up on her first record of songs. With the help of Lee Townsend and Hans Wendl, we approached a lot of labels and shortly thereafter Elektra Records picked it up.

RR: You, Holcomb, Tim Young, Andy Roth and Keith Lowe have done many projects and bands of different styles together throughout the years. What do you think allows you to make so much different music together?

WH: I hate this question. I don’t think the music is that different. In fact, the idea that the music is wildly different is essentially a superficial reading on what’s important about the music. The exterior, for example, of Zony Mash might be very different than a band like the 4+1 Ensemble or Sweeter Than The Day, but anyone but the most casual listener will hear the same harmonic language and music sensibilities being used over and over again. Maybe to a fault!

RR: Ok, what makes yours and Robin’s music different than that of other artists?

WH: Well I’m not going to speak to that in the case of my own music, but I think Robin’s music is distinct in a number of ways. It has a kind of harmonic ambiguity and coherence that I can honestly say I have never encountered anyplace else. Also lyrics are sort of a deal breaker for me, and Robin’s songs have almost ruined my ability to listen to just about any other song-writers, with some obvious exceptions. Robin’s lyrics are like the best books: they blow you away the first time and they blow you away even more with every repetition. 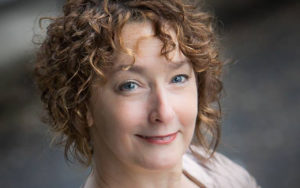 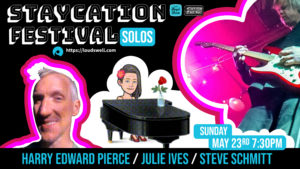 May 23 @ 7:30 pm
Songwriter, composer, improviser and multi-instrumentalist Harry Edward Pierce plays a hodgepodge of styles inspired by Americana, jazz and blues and modern classical […]
May 2021 May 2021